Chris Palmer    As I mentioned in my latest Frostgrave Campaign report, for December we plan on doing a Christmas-themed game.  As part of that, I decided to make a few items that were inspired by the movie “A Christmas Story”.  The first of these is based on the famous flag-pole double-dog-dare scene, and features an unfortunate citizen of Feldstad who had been dared by his friends into putting his tongue on a frozen metal pole at the time of the icy cataclysm that befell the city, and is now doomed to spend his days as a zombie who is trapped forever in an unfortunate situation. 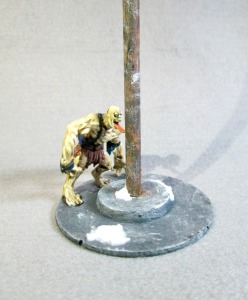 Next up is a set of four treasure markers:  1) A blue bowling ball and can of Simonize, 2) A crate marked  “Fra-gee-lay”, 3) A leg lamp, and 4) A Red Ryder BB-gun.   These were a lot of fun to make and took a little thinking outside the box to put together! 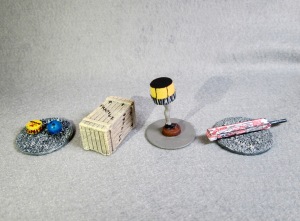 I’m really looking forward to using all these in next month’s game!

via One More Gaming Project http://onemoregamingproject.blogspot.com/2017/11/a-group-of-christmas-story-themed.html
from Tumblr http://tumblr.hawks-club.org/post/167951270328
via IFTTT