I have been really enjoying building armored forces for the tabletop war game What a Tanker©.  This, my latest group, rounds out my Panzer Army Africa forces with Royal Italian Army armor from 1940-1943.  This post will show these tanks and tank destroyers, as well as a German Panzer IVD that was left off from my last group that I previously detailed here.  These are all 15mm (1:100) tanks, which are very small (1-3″).

My ultimate goal is to have an excellent game that I can run at conventions or club meetings.  I now have that, but will probably add some Marder III’s, M3 Grants/Lees, and M4 Shermans to be complete.

I will share here both the Italian vehicles and the Panzer IVD – and some of their in progress photos.  Then, you will get a chance to view some eye candy shots!  Because I have been very busy seeking new employment (and it looks good on that front!), I was able to finish the tanks and run a couple of play tests before I could finish this post.  So there will be a few shots of the play tests I have been running with these tanks.  I also share the materials and research used at the end for those interested.

The vehicles I assembled for the Italians make up about 2/3 of the list of the models in the What a Tanker© rule book.  I already had 5 Italian tanks from Wargame Models in Ohio that are very affordable (but not as nice as those from Battlefront Miniatures).  My current Italian Army consists of 12 vehicles:

This tank is basically the M13/40 with a better engine and slightly better armor.

I used a painting scheme that attempted to match the one example in the Bovington museum. 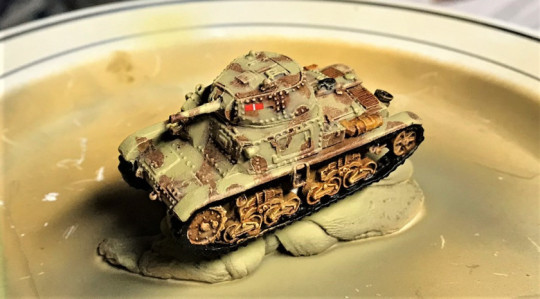 After applying decal and varnish, but before adding weathering powders. 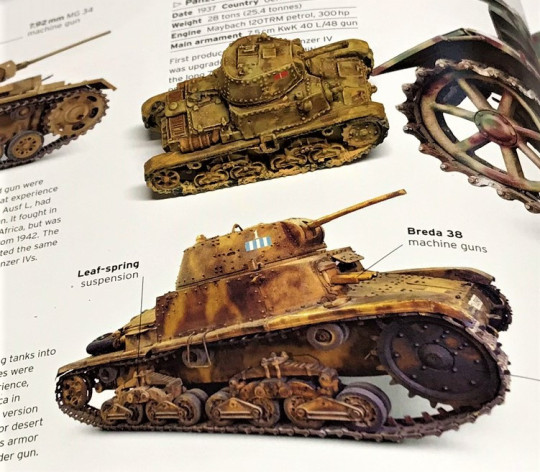 The completed M14/41 tank model next to one in the book.

In the WaT rules, this vehicle is interesting.  It is small (tougher to hit), low profile (tougher to acquire), fast (can move every turn), and a tank destroyer (can aim easier).  It also is, like the Panzerjager I, open-topped, so never buttoned (and more vulnerable).  Each blister had two vehicles, and I bought two at the 50% off sale! 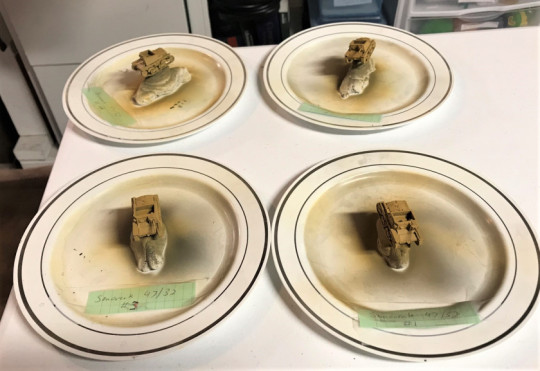 The tiny tank destroyers primed and base coated.

I had two of these, with one being a command model (carro comando), that had a range finder (called a goniometer).  I used a slightly different camouflage scheme with these and love the triangle vehicle marking decals that these got. 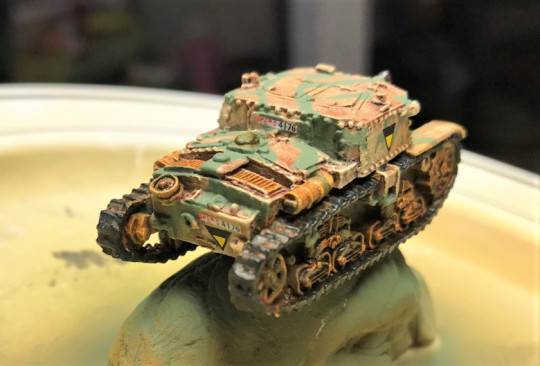 I used this color scheme, and went with the decals anyways.

My previous Panzer IVD did not make the last project group as it came with two left tracks.  Battlefront sent me a replacement, and I plan to use the defective one soon as a wreck project.

For my Wargame Model in Ohio tanks, I decided to give them a makeover with paint and decals so that they were less different than the newer Italian vehicles.  They are still not perfect, but I decided to stick with what I have done with them now. 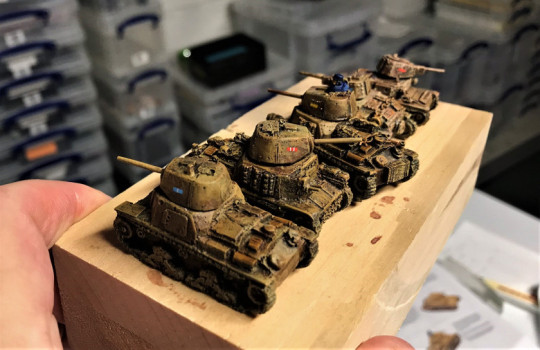 My repaint of the other Italians

I hope you liked the in progress stuff above – and now…it’s Eye Candy time! 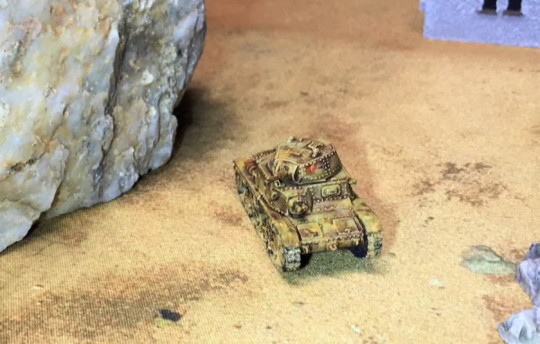 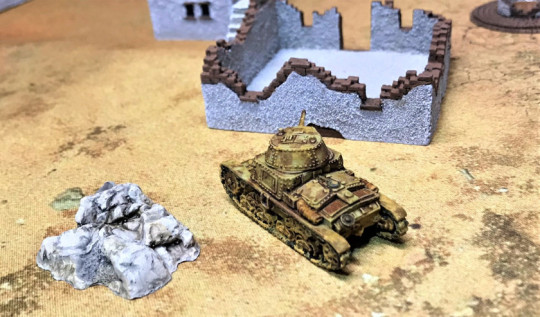 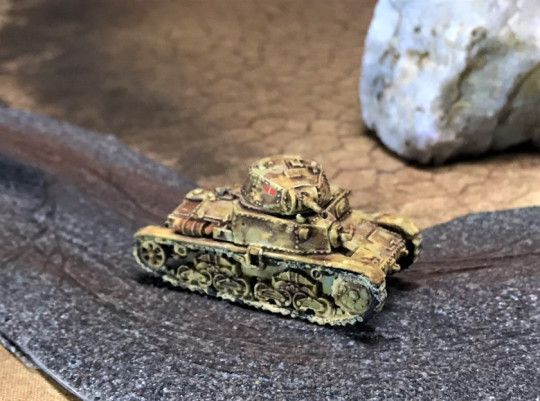 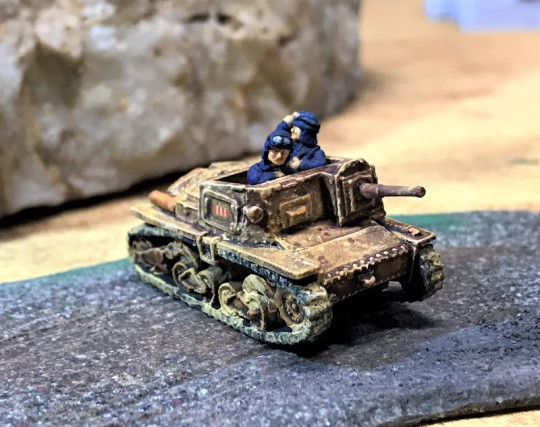 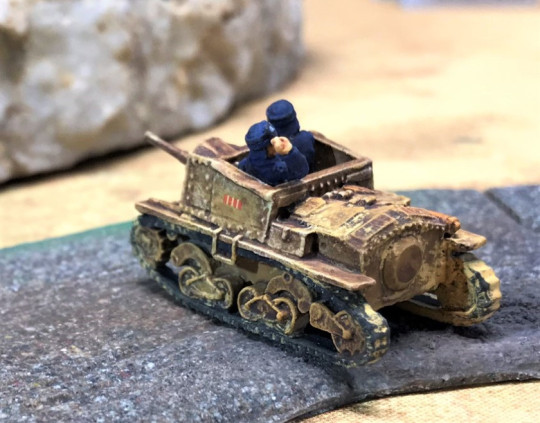 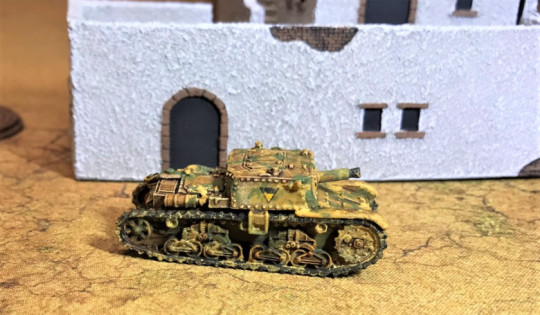 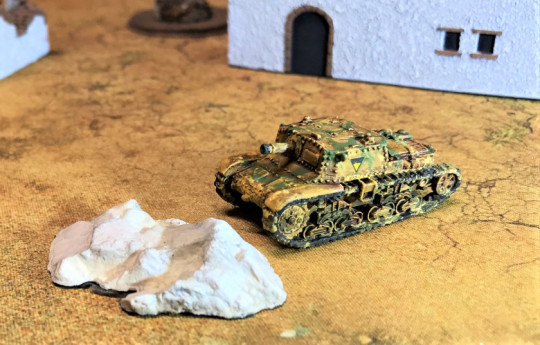 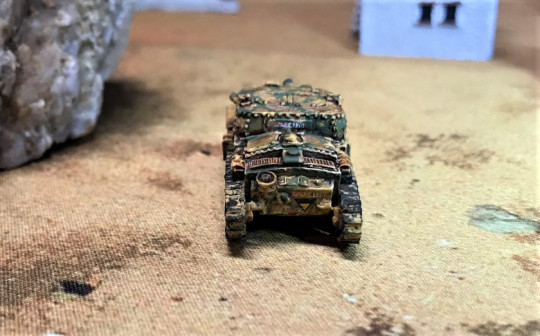 In comparison, here is the Semovente 75/18 Carro Comando version from the back 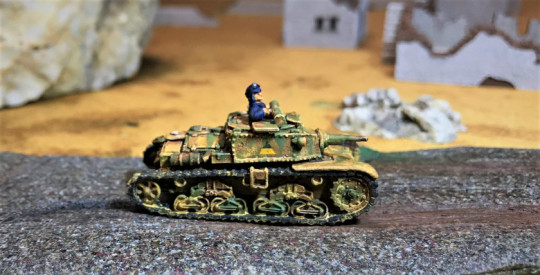 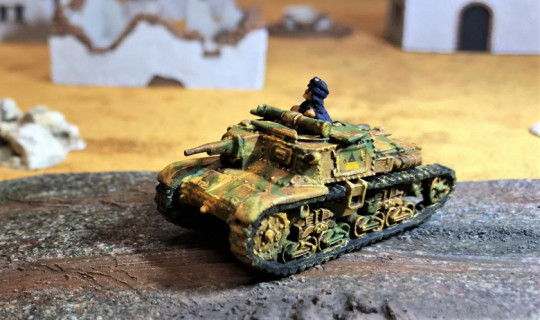 Semovente Carro Comando  75/18 right side.  Note the goniometer on the top in front of the crewman.

The two versions of the Semovente 75/18’s together 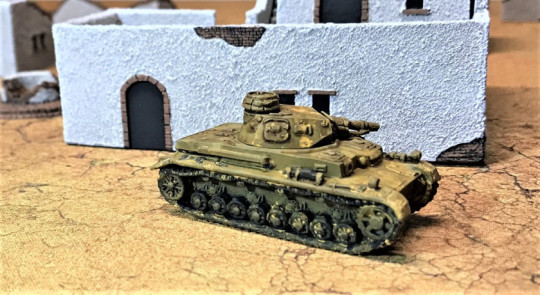 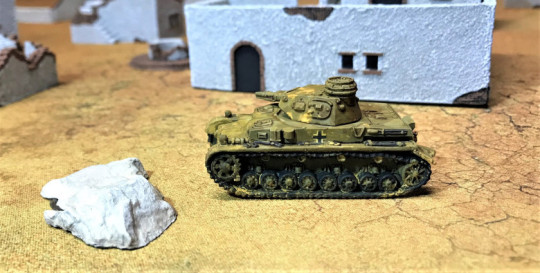 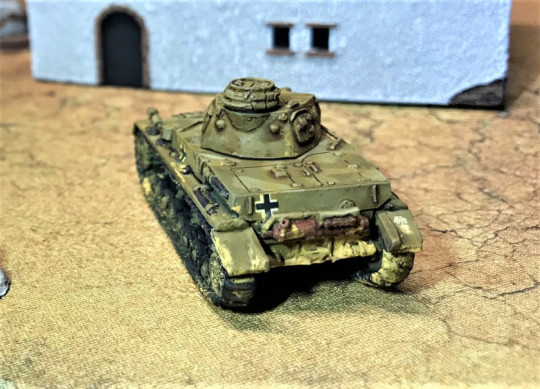 Rear view of the Panzer IVD 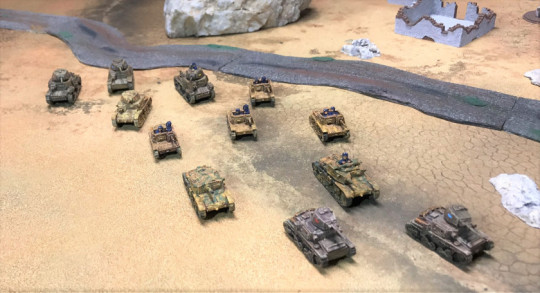 Lastly, I am thankful to Chris Rett, Ryan MacRae, Frank Ramsay, and Mike Morgan for helping me to start to play test the scenario and rules tweaks that I will use to make this work at HAVOC in April for up to 10-12 players.  Here’s a few shots! 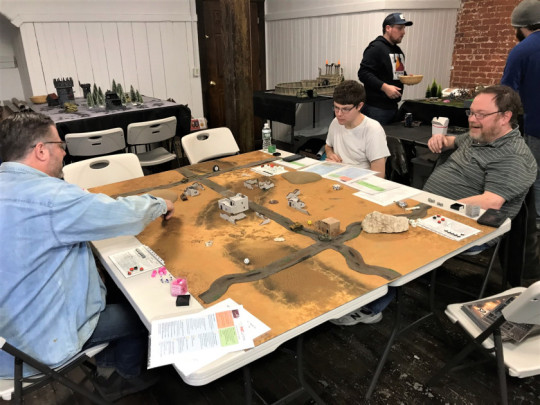 At Great Stories in Uxbridge, MA – Chris, Ryan, and Frank have fun.  The Brits made a comeback and won here under Chris’ command. 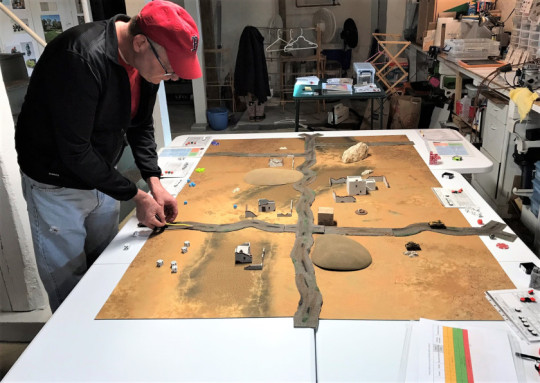 Mike Morgan maneuvers his Brits to a narrow victory at my house.

One of my innovations – Kill Ring Cards!

Thanks for looking – and I hope that you found this post interesting and fun.  As I add more tanks/tank destroyers, I will share them.  I also hope to add better pics from future games.

Please let me know your thoughts and feedback – as always – in the comments section!

Thanks for looking and for sharing your feedback!

ONCE MORE – ON MY RESEARCH MATERIALS

As for research materials, I used the same ones as I cited before – but for completeness here they are in case you are interested (you can find them on Amazon):

I would again easily recommend all of these books as really good resources for gamers and modelers.